The imagery generated from Dia de Los Muertos (The Day of the Dead) celebrations in Mexico has crossed into mainstream culture and now can be recognised internationally. I have always wanted to facilitate a Day of the Dead art unit but wanted it garner a more meaningful purpose other than having students paint a sugar skull. So instead, I focused the unit on ‘Remembrance’. Students looked at many different festivals and celebrations around Asia that honour lives once lived. From Tomb Sweeping in Hong Kong and China to the Bon Festival in Japan, students began to see that art can be used to honour, celebrate and remember people who have passed through design, imagery and craft.

Then, with a focus on altar boxes created for Day of the Dead, students began designing an altar box that would honour a loved one, pet or a historical figure. Each child brought in their own box which they then painted with acrylic paint. 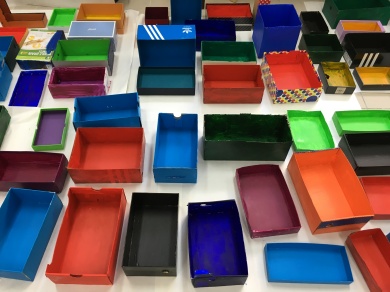 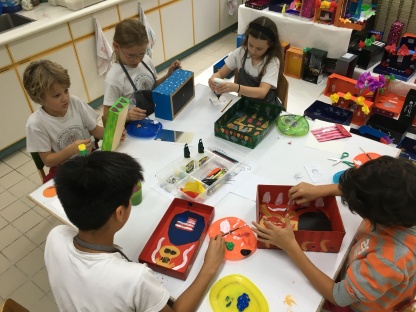 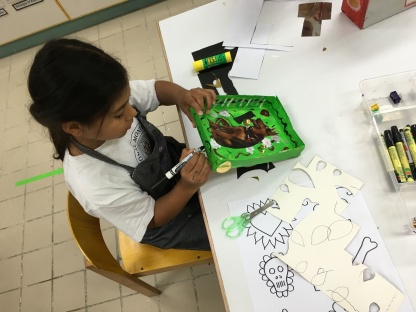 Students also needed to include an image of the person or animal they were honouring. If they did not have an image or photograph, they had to draw one. As you may guess, most everyone ended up with a printed image. Lastly, students added tissue paper flowers, sequins, ribbon, bric-a-brac and other items that were connected to their loved one. 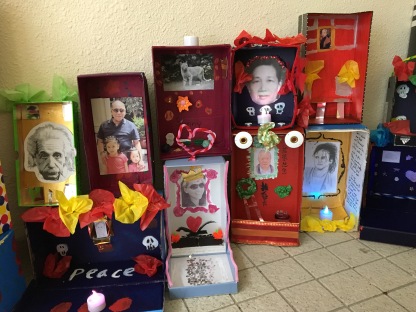 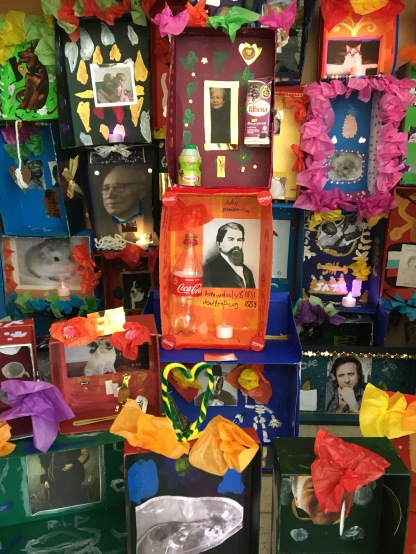 The altar boxes were then displayed as a collective under the stairwell of our school. The electric flickering candles help light the shrines as well as tie in the importance of light and fire in various celebrations honouring the dead. The reaction from people has been remarkable. From joy and appreciation to sadness and even fright, the altar box installation has spurred rich discussions on how we all find ways to cope with death.

Look for a project